Why data centers are affecting a carbon footprint? 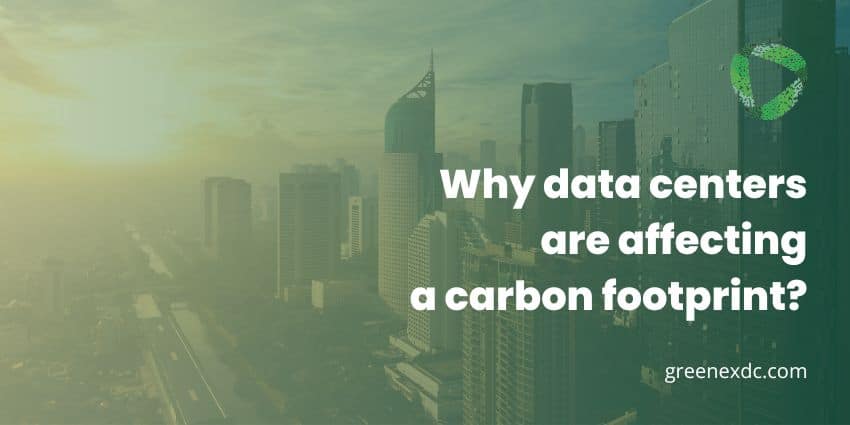 Data Center Carbon Foot Print is the most discussed issue in recent years. The data center providers agreed to reduce the carbon emissions generated by their data centers. This is a challenge as well as an opportunity in the data center world.

So, what causes data centers to produce carbon emissions? , and why is the data center in the spotlight in global warming?

Pollution causes climate change, both in the air and on land and oceans. Vehicle fumes and steam (coal) and diesel power plants are the “main suspects” for causing climate change.

A study states that data centers contribute 2% of carbon emissions (Green House Gas Emission), and this amount is equivalent to the CO2 produced by the aviation industry.

The electrical energy required by the data center is quite large, totaling 200-250 TWh or 1% of the world’s total electricity consumption. 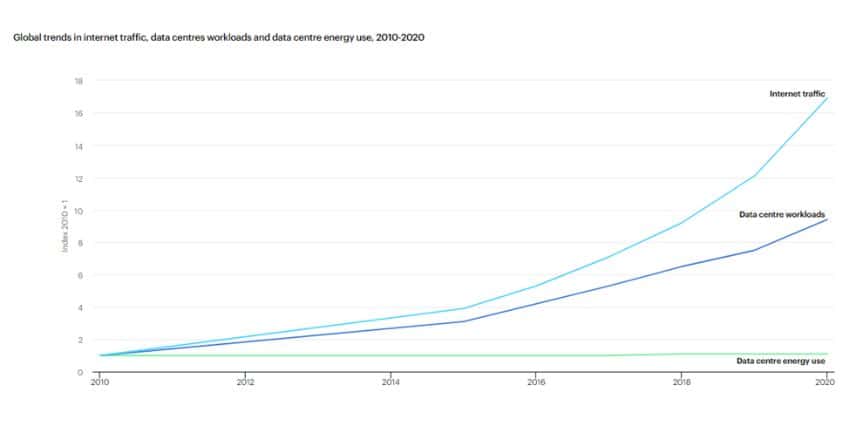 The power plant is the most critical component of a data center and can impact uptime and reliability. The trend in data center power plant sources is toward more sustainable, environmentally friendly options.

Ideally, it should use renewable energy, but for the time being the data center can use clean energy such as gas.

The following is a comparison of the source of electricity to the reduction of carbon emissions:

In the end, the data center must use 100% of its energy from renewable energy sources such as wind turbines and solar panels.

The cooling system in the data center is a critical element that requires water in addition to electrical energy. The heat released in the server room (and basement for power generation equipment) also contributes to carbon emissions.

Many wholesale and hyper-scale data centers are turning to liquid cooling systems as an alternative solution for their data centers. 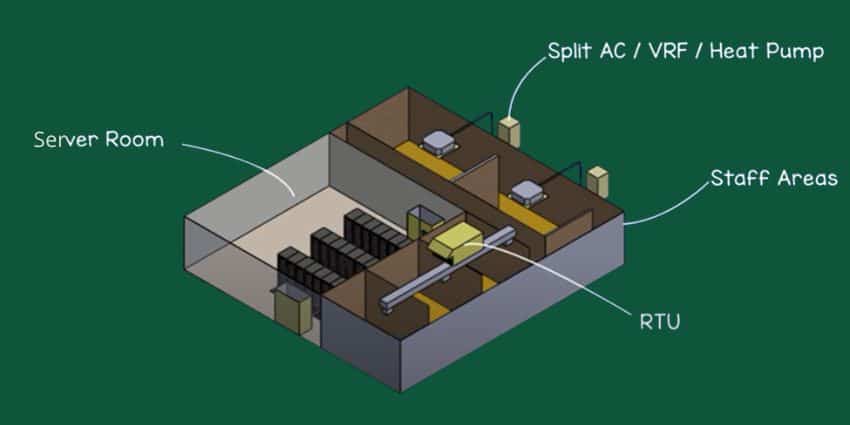 Using other cooling techniques can save up to 90% of water, such as placing a PVC tube 2 meters below the bottom ( -2 meters ). This is called as a Closed System Heat Pump.

Heat pumps help move heat away from servers. The heat can be removed from the environment by evaporative coolers or simple evaporation into outside air temperatures.

Large data centers require millions of gallons of water every day. Data centers use sprinklers as part of fire protection and to stabilize room temperature.

Data center providers need to consider the water flow system from the storage tank to the disposal.

A data center treats its wastewater before discharging it into the environment. This wastewater contains chemicals and minerals from cleaning fluids and other materials used during the operation of equipment such as server racks, networking equipment, and storage devices.

The data center can also create a rainwater collection pond to save water usage. In this way, data centers can reduce their water footprint.

The water crisis can happen anywhere, for example in the United States. Water supply began to decline while water demand continued to increase.

In the overall context, the data center must think about the sustainability of the environment.

There are 3 factors that affect the data center’s carbon footprint: 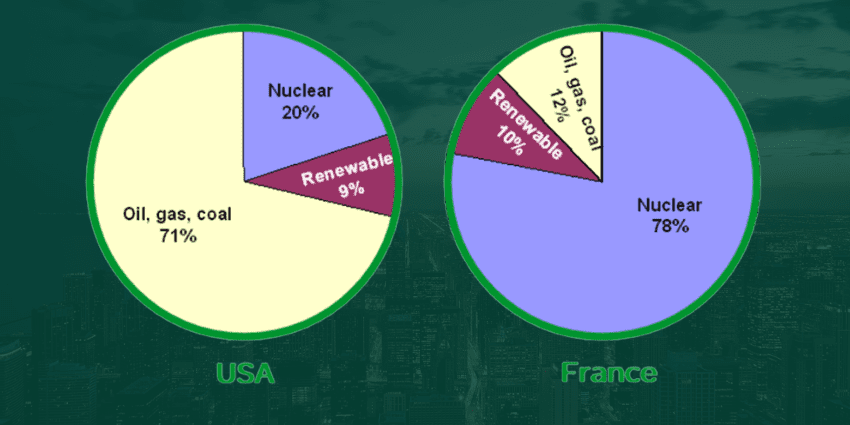 The IT load is the largest single component of a data center’s carbon footprint. The amount of electricity required by servers, storage, networking equipment, and other IT gear depends on how much electricity is consumed by them.

The average carbon footprint of a data center is around 0.1 tons of CO2 per kilowatt hour (kWh) consumed by its servers and cooling systems.

If we assume that a standard server consumes 100 watts of power, then a single server will produce 10 kg CO2 per year if it runs at full capacity 24 hours per day 365 days per year.

To put this into perspective, each server produces about half as much CO2 as an average American household does in one month (1 ton).

As the IT load increases, the data center’s carbon footprint increases.

One of the simplest ways to reduce energy consumption is to reduce IT load. This means making sure that you have enough capacity for normal operation but not so much that you use extra resources when they’re not needed.

Another way to reduce IT load is by optimizing your cooling systems for efficiency by making sure that air flows in the right direction and eliminating waste heat from servers and other devices through heat exchangers and chillers.

Data Center Transparency is an initiative to track, measure, and disclose the carbon footprint of data centers.

By using software or hardware controls, significant savings can be achieved over time simply because there’s less wasted energy being generated in the first place.

Some companies have responded by publishing their carbon emissions reports publicly; others are using new technologies like blockchain to create more verifiable audits.

To be able to measure carbon emissions, data center providers can calculate with the formula:

The specific emission factors may vary, for example:

The data center can reduce its carbon footprint by up to 50% by using the best technology for the data center.

As the amount of data traffic increases, important management decisions are being forced upon us to efficiently handle the huge loads of information. The need for better data management has spawned into the establishment of data centers.

Data centers, however, face additional challenges as they invest in more powerful IT equipment and need to obtain more electricity to provide adequate cooling capacity. They have to be environmentally friendly while keeping costs down.

Although the usage of renewable sources is on the rise, there are several improvements that need to be made to ensure that the carbon footprint is reduced. With proper planning and design, data centers can function without impacting the environment negatively.

We believe that transparency can help drive innovation in the industry by encouraging competition among providers to offer greener services.

By sharing information about how much energy our facilities use, we can learn from each other’s successes as well as failures so that everyone benefits from these lessons learned.

We are building new data centers that will use more carbon-intensive power sources and technologies to handle a greater volume of digital content.