Why Developing Green Data Centers in Indonesia is Much Easier 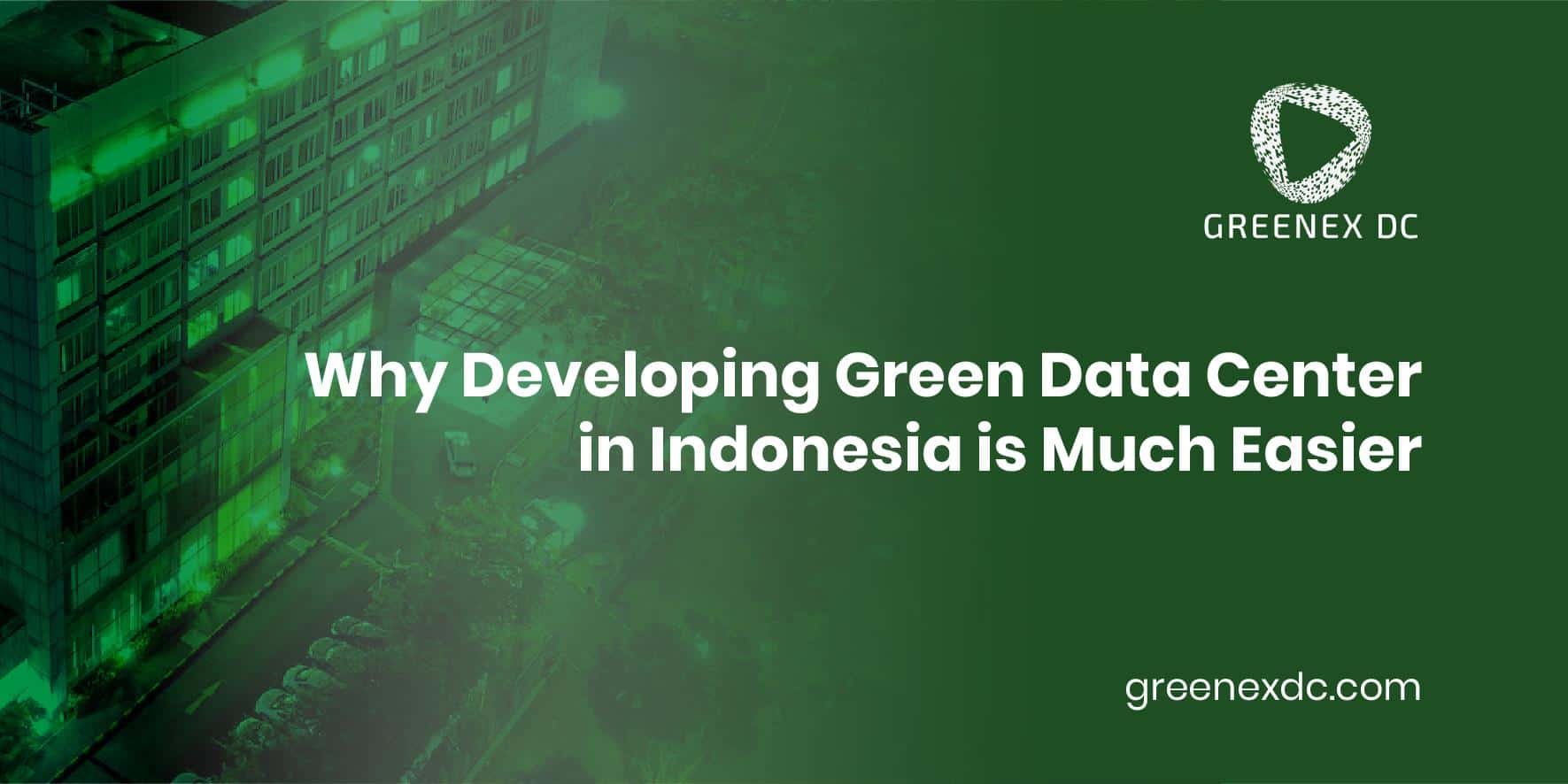 Indonesia is an ideal location for developing green data centers. The government offers a full package of incentives covering green data center development and encouraging foreign investment. The country also has an existing network of fiber optic cables, which can be use to connect these new data centers to the world.

Several international companies are already using Indonesia as their base for outsourcing and technology development. A data center is a complex building that requires power, water, cooling systems, and security measures to be in place before it can operate.

Why is it easier to develop green data centers in Indonesia?

There are several reasons why developing green data centers in Indonesia is much easier than in other countries.

Secondly, as with most developing countries, Indonesia has a lot of unused or underutilized renewable energy sources that could be harnessed and repurposed for use by data centers.

For example, a significant amount of clean hydroelectric power is available in the country and could be used by data centers to power their operations.

Indonesia also has many large rivers that could be harnessed to cool these facilities without relying on traditional cooling methods like the one used at Google’s Singapore facility, which uses seawater from an ocean-side location.

Most importantly, infrastructure and government policies strongly support the development of green data centers. Currently, the Indonesian government provides the most excellent opportunity for investors to invest in green data centers. They start from the convenience of obtaining permits, tax discounts, support for providing cleaner energy, and so on. Challenges still exist; building a green data center in Indonesia has become much easier.

Data center professionals are dealing with a growing demand for resources. They are under pressure to reduce their carbon footprint while ensuring they keep their customers happy and the lights on in the data centers. Here are a few ways companies can develop green data centers and use cloud computing.

People around the world are addressing this challenge. According to a study conducted by the University of Cambridge, it was found that several countries have implemented measures to reduce their carbon footprint and make their data center operations more sustainable.

The United States has developed advanced power monitoring systems to help consumers make better-informed decisions about powering their devices and reduce energy usage. Sweden has developed plans to lower its energy consumption by 20% by 2020 and increase its use of renewable energy sources. Many countries are planning or taking action to establish greener data centers.

The issue of using clean energy to power a data center is now global. Many countries are looking for ways to keep systems running without relying on traditional methods like coal or oil—those solutions have some serious problems, after all:

The information economy has become an essential part of our lives, but it relies heavily on technological infrastructure. This makes data centers a critical component of the economy, making green data centers a trend worth looking into.

As all people become more digital, the need for data centers will continue to increase. The problem is carbon emissions caused by huge energy consumption. This industry needs to increase efficiency, use renewable energy, and reduce carbon emissions by 100%, or net zero.

Increasing business competition and internet penetration will become factors for data center growth in the future, especially in the 5G era. In the future, businesses will have moral standards for environmental sustainability. Therefore, bright prospects for the green data center business are starting to appear.

Indonesia also has a skilled workforce, with highly trained workers handling the systems and devices used in data centers. The country’s central location is an ideal hub for international data traffic. These factors make Indonesia one of the best places to set up green data centers.

A recent article in The New York Times noted that Indonesia is among the top ten countries regarding Internet users, a statistic that no doubt contributes to its place as a big data hub. Additionally, several large companies have established their presence in this country due to its relatively low cost and accessibility.

This is excellent news for the people and organizations that reside or do business there. The government can leverage the opportunities to provide better amenities to its citizens while also attracting investment from international corporations. More importantly, businesses can use these developments to establish their internal data centers to advance their businesses and reduce costs.

The country has been working to develop its infrastructure for years and has made a lot of progress in a short time, including building the Trans-Java highway, the gas pipeline, and the power grid. A growing number of data centers are being made in the country, including one that houses a private cloud service provider. At the same time, another is managed by an Internet service provider (ISP).

The government is taking steps to cultivate this growth. They’ve built a $2 billion high-speed undersea cable to Singapore, which brings in international bandwidth and lowers latency for communication with neighboring countries like Australia, Japan, and Malaysia.

Their infrastructure is also looking pretty good—they’ve got the second-highest 4G penetration rate of 30% in South East Asia after Singapore, along with an increasing number of fiber optic cables connecting regions across the country. These investments will give data centers a strong foundation for future growth.

In Indonesia, there is a large pool of IT talent from which to draw and a growing demand for software development services. To put things into perspective, approximately 450 million people use Facebook in Southeast Asia, while 200 million users are from Indonesia.

To increase the speed and smoothness of application access, digital service provider companies such as Google and Tiktok have placed their data centers in Indonesia. Likewise, for financial and e-commerce applications, of course, they will follow this step, establishing data centers to be closer to users.

With its tropical climate, high population density, and rapidly expanding economy, Indonesia has become an attractive place for data center companies. The country is already home to some massive data centers and is projected to have the highest growth rate in the industry by 2025.

Data centers are also expected to create many job positions in the coming years and support the Indonesian government’s ambitious plan of industrializing its economy and becoming less reliant on natural resources.

Green data center experts might say that a data center is only as green as the location of the data center. When choosing a location for your next data center, you’ll want to consider several factors, including the availability of renewable power sources, the quality of the local infrastructure, and even the feasibility of installing rooftop solar panels.

Recently, the Indonesian government signaled to accelerate digitalization in government and public services. Indonesia needs 9000 professionals in the digital industry. Thus the future of the data center, especially the green data center, is very bright in the following years.

With the existing facilities for developing green data centers in Indonesia, investors must calculate how to finalize their plans immediately.