The Next Generation Data Center Starts from Green Energy 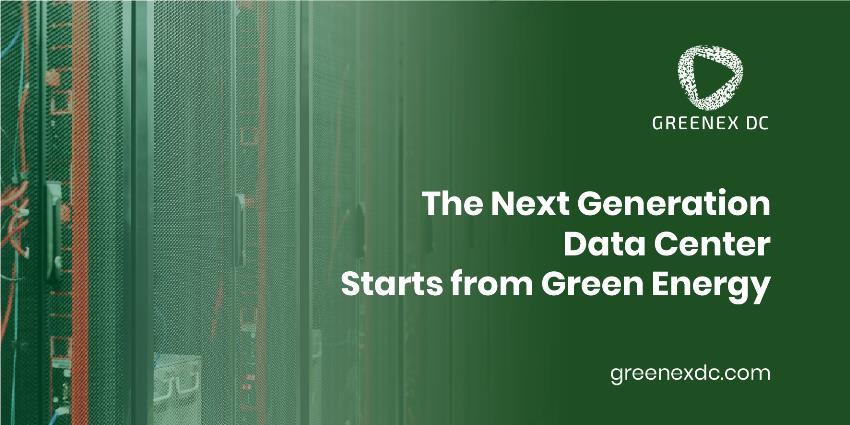 The Next Generation Data Center is a complex and more robust ecosystem that everyone must consider. With the increase of green energy utilization embedded into the power grid, often coupled with renewable energy, we can make the next-generation data centers true heroes – affordable, ultra-efficient, and flexible.

What is The Next Generation Data Center?

The next-generation data center is an eco-friendly data center that uses renewable and clean energy sources as the main power supply. This article discusses how cool stuff gets powered by green energy.

The Next Generation Data Center is a concept that comes from many sources. One source is Cisco, which published an article called “The next generation data center or, how the network becomes the computer” it speaks of Software-Defined Networking (SDN) making virtualization possible and also predicting the transformation of data centers into software-defined data centers (SDDC).

The next-generation data center (NGDC) is also a data center that uses only 10% of the energy of a conventional data center. The benefits are enormous, and it’s not hard to use green energy. All you have to do is figure out how to manage your cooling and power usage.

Why is it matters?

Data centers are a critical component in the digital economy, driving innovation and enabling companies to keep pace with rapidly changing technology.

As businesses become increasingly reliant on their data centers, they must evolve to meet new demands for increased performance, reliability, and scalability.

The data center itself contributes to pollution of 2% of the total global carbon emissions. This carbon footprint is caused by using electricity sourced from unclean energy such as coal and fuel.

In addition, the world is facing an economic recession. Some countries in the world experience a shortage of energy supplies, such as in Europe. Meanwhile, North America experienced a record-setting drought. Reducing energy consumption is essential for any business, but it’s even more critical for data centers since they use so much energy.

Environmental sustainability is an essential component of the Next Generation Data Center. It’s not just about saving money on energy costs; it’s about the environment.

The most common way to measure environmental sustainability in a data center is by measuring the amount of energy used per square foot.

This metric has been used for years and is often called Power Usage Effectiveness (PUE). PUE considers the amount of power used by servers, storage, networking, and cooling equipment in a data center and the energy required to power those devices.

The next-generation data center is designed to be environmentally sustainable. It uses energy-efficient technologies, such as LED lighting, and only draws power when needed.

The facility is designed to reduce energy consumption by consolidating multiple servers into a single chassis or containerized approach. This approach minimizes energy usage while increasing server density and security.

Flexibility in design and implementation

The next-generation data center will be flexible in its design and implementation to accommodate future expansion plans without requiring significant capital expenditures or disruption of operations during installation.

It will also include technologies that allow for easy integration of new technologies as they emerge into existing designs without impacting existing equipment or applications.

The Next Generation Data Center is about efficiency, redundancy, and availability

The new data center must handle the increasing demands of multi-tenant computing environments where every tenant tries to maximize resources while remaining compliant with regulations.

And finally, the next-generation data center needs to provide a consistent user experience regardless of where users are located or how they access applications and services.

This refers to how much energy is used and how much heat is generated by servers in a data center. Reducing waste through efficient cooling can translate into lower operating costs and higher profitability for businesses operating within the industry.

Data center managers must think about the most efficient ways of cooling their facilities and ensuring enough power to keep everything running smoothly.

Innovative cooling strategies have been developed that reduce energy consumption and air pollution emissions. The world’s most efficient data centers also use techniques like heat recovery to extract waste heat from exhaust air for use in water heating.

This not only reduces their energy consumption but also cuts down on their carbon footprint by reducing the need for fossil fuels.

They also need to ensure that they have backups if something goes wrong, like a power outage or other disaster scenarios.

Redundancy is achieved through the use of multiple power sources and cooling systems. Availability is increased by having a backup plan in place should one of the systems fail.

The ability to withstand failures without service disruption is essential. For example, if one network connection fails, the backup should automatically take over without any interruption in service.

An adequately designed redundant system will include generators, UPS units, and tiered power distributions that provide seamless transitions without downtime for the end user. In addition to redundancy, another critical component is testing the system routinely.

Data center managers must develop failover procedures for man-made and natural disasters. These procedures should include regular testing of backup generators and UPS systems and periodic transition tests.

The days of dedicated server rooms are far behind us; instead, data centers are now one part of a larger, more efficient facility. These new designs have changed how data centers work and brought about other changes.

The most notable change is that these new facilities are now highly automated.

The ability to satisfy customer demand is essential. This means a business must guarantee that its services are available 24 hours a day, seven days a week, and 365 days per year.

For a next-generation data center to be successful, it must provide access to its services 24/7 and 365 days a year, and it must be able to do so in all areas where it supplies its services.

The availability of data center resources is an ongoing concern for the IT industry. The goal of the next-generation data center will be to provide a more efficient, flexible, and resilient architecture that meets the needs of the business while simultaneously reducing its environmental impact.

Green data centers are becoming increasingly popular as businesses seek to save money and reduce their carbon footprint.

In some cases, the economic benefits of using green energy are so substantial that they can almost completely offset the cost of switching over to this new system.

But you may not have considered other benefits of going green. Here are three ways your company could benefit from moving to a green data center:

Going green can save your company money in several different ways. For example, by reducing your facility’s energy consumption, you’ll be able to spend less on power bills and heating costs during colder months.

You’ll also see cost savings by using less water and other resources such as paper and toner cartridges. Additionally, you could look into implementing renewable energy sources, such as wind or solar power, which can help reduce your carbon footprint even further!

Green energy reduces carbon dioxide emissions, contributing to global warming and climate change. By using renewable sources such as solar and wind power instead of coal or petroleum, you can reduce your company’s carbon footprint by up to 90%.

The average American spends a significant amount of time working in an office daily. Suppose employees feel like they’re working in an environment that’s comfortable and good for the environment. In that case, it can improve their productivity and make them happier at work!

This will likely translate into better customer service and fewer sick days among staff members who might otherwise be affected by poor air quality or uncomfortable temperatures in the building.

As companies grow, so does their need for additional data centers for storage and processing. This is a massive issue as the data center industry grows by leaps and bounds, even in this current economy. Data centers use much energy and are usually housed in facilities that require a lot of energy to maintain.

The next-generation data center may also improve employee satisfaction and retention. For example, a LEED-certified building may provide employees with opportunities for professional development; they may feel better working in an environment designed with sustainability in mind.

Green data centers offer flexibility and scalability regarding IT infrastructure needs. There are plenty of ways to bring energy efficiency into your data center operations.

A report from Pike Research found that renewable energy would become more widespread in data centers and that by 2020 nearly 40 percent of all new data centers would be green.