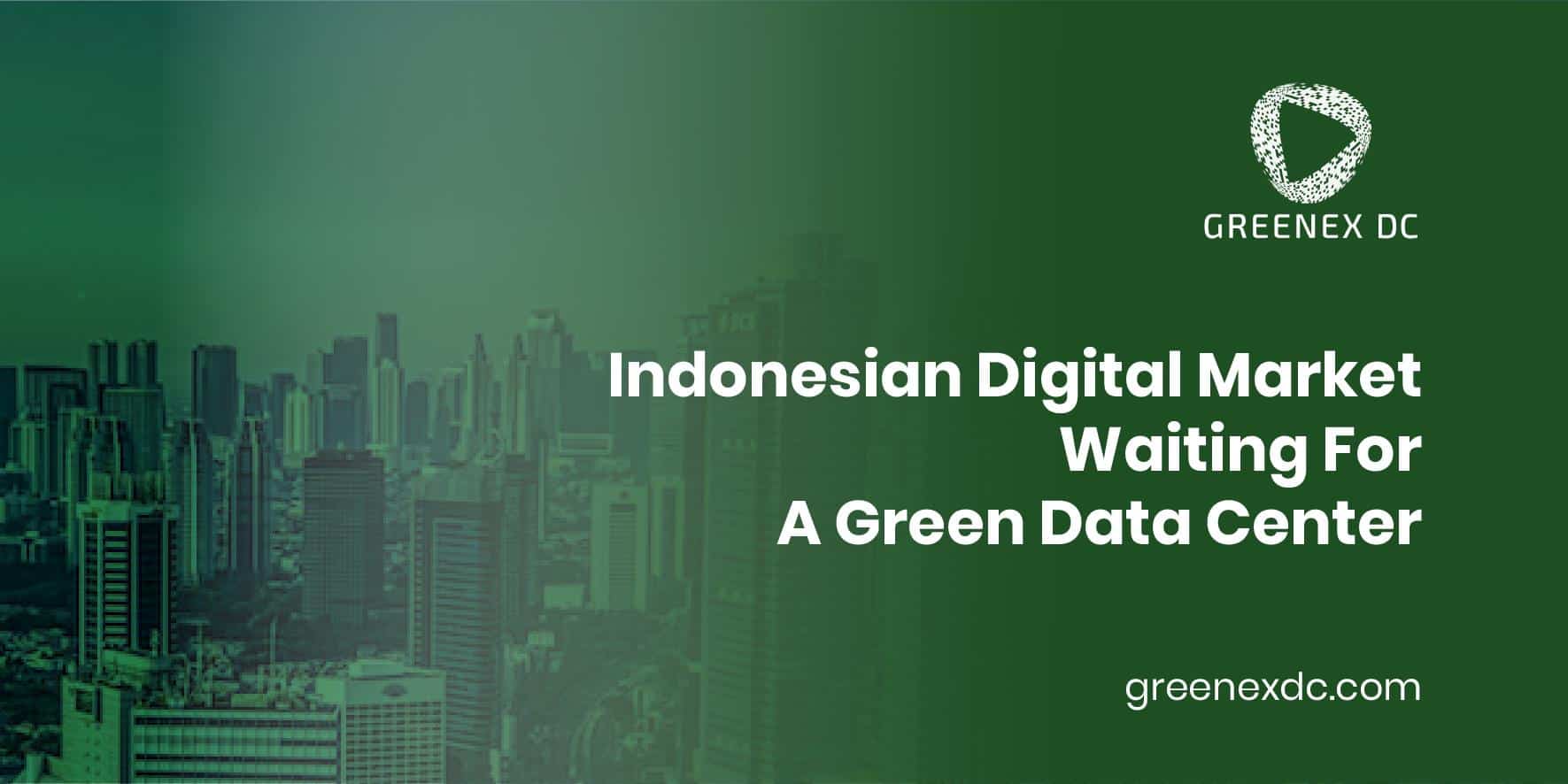 The Indonesian digital market is growing, but the country’s data center infrastructure is not keeping up with demand. According to a report by Google and Temasek, Indonesia’s digital economy is expected to grow at an average of 8% annually through 2023.

Indonesia is a country with a population of over 260 million. It is also the fourth most populated country in the world, after China, India, and the United States. In 2022, Indonesia’s internet penetration will reach more than 250 million users.

The data center industry is predicted to overgrow in line with the growth of the digital economy in Indonesia, which will result in an increase in electricity consumption at data centers, and greenhouse gases (CO2) produced will also increase significantly.

Indonesia’s internet economy is expected to reach USD$20 billion by 2025. With over 253 million users and rising smartphone penetration, Indonesia will soon become the world’s fourth largest internet market in terms of users.

The Internet of Things (IoT) expansion in Indonesia and its subsequent movement towards a smart society has gained traction, thus provoking discourse on key topics such as the companies that produce smartphones and environmental sustainability.

The Indonesian digital market is also home to many businesses looking to expand their reach across borders into other emerging markets such as Malaysia, Thailand, and Vietnam. This has led to a surge in e-commerce platforms such as Lazada, Shopee, and Tokopedia, which have become household names in Indonesia.

With the burgeoning digital industry, the rapid growth of the digital market in Indonesia has led to a rapid increase in electricity demand over the past ten years – an increase of 83%.

The electricity consumption by data centers is projected to have contributed 2% to global climate change. It brings challenges to environmental sustainability.

Several challenges have accompanied the rapid growth of the digital market in Indonesia. One of them is the environmental sustainability of e-commerce which has been considered one of the main drivers of supporting economic growth in Indonesia. The E-commerce sector is expected to grow at a rate of 15% annually by 2025 and reach USD 100 billion by 2030 (KPMG, 2018).

E-commerce has contributed to a rise in electricity consumption and increased greenhouse gas emissions due to transportation and packaging activities (Gillham et al., 2016). However, no study examined how e-tailers manage their carbon footprint.

Although Indonesia’s GHG Emissions Rank is still ‘Low,’ 33rd in the world, the trend is still increasing. Meanwhile, Singapore and Malaysia have CO2 Emissions 4 times higher than Indonesia.

The Indonesian government has recently been very serious about reducing carbon emissions. One is by maximizing the conversion of coal and diesel energy to natural gas. Meanwhile, several renewable power plants are being built in all regions of Indonesia.

In this case, the Government of Indonesia supports the supply of gas energy to the data center industry, which can reduce up to 50% of data center carbon emissions. 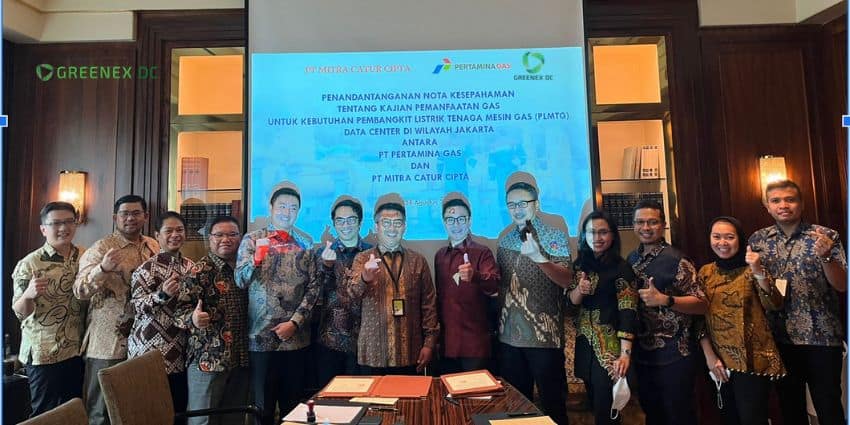 The GreenexDC team already has an MoU with Pertagas BoD to ensure a clean energy supply to all GreenexDC data centers.

A green data center would provide the nation with a cost-effective resource that can be used without harming the environment or causing any pollution issues.

A green data center would provide the nation with a cost-effective resource.

The Indonesian government has developed an ambitious plan to increase internet access by connecting every village in Indonesia to broadband Internet. More than 75% of the population, or 200 million people, are already accessing the Internet in Indonesia.

The government has also prioritized infrastructure development, including green data centers. This is essential for the national economy and also the environment.

Green data centers will help Indonesia to reduce its dependency on foreign oil by using more clean energy such as natural gas, geothermal, nuclear, and renewable energy sources such as solar power or wind turbines instead of coal power plants.

Air quality issues have been particularly acute in Jakarta and other major cities like Surabaya and Bandung due to high carbon monoxide emissions.

Fortunately, the Indonesian government quickly responded to this and provided good support for green data center investment in Indonesia.

The Indonesian government has made very attractive regulations for investors in the green data center industry, such as tax discounts for investments of a certain value for the first five years of the company’s establishment in Indonesia.

Green data centers have many advantages.

Especially for companies and users who care about environmental issues, the green data center is top of mind whenever they need to collocate their IT infrastructure.

The first and most apparent is that the facility will be more energy efficient. In addition to using fewer resources, a green data center will use them more efficiently.

The same goes for water usage — green data centers often use rainwater collection systems and other techniques to reduce their impact on local water sources.

Another key benefit of green data centers is improving employees’ health. This is especially true in warm climates where air conditioning is necessary. Without proper ventilation and filtration systems, indoor air quality can dramatically affect productivity and employee health. A green data center can provide cleaner air for everyone who works inside it.

Here are some reasons why it’s time to consider green data centers:

Green data centers save money in the long run by using less power and cooling. That means you won’t have to increase your budget to accommodate those high energy bills.

A green data center may be designed to be LEED certified or meet other standards set by organizations such as the Uptime Institute, Green Grid, and Efficient Data Center Initiative (EDCI).

It is more efficient in its use of power, reducing the amount of electricity required to run them. This saves money and allows you to hold down your operating costs.

Green data centers can perform better than traditional ones because they are more efficient. They can run at higher speeds with less effort from the servers and other hardware. It can lead to a better user experience, fewer outages, and a faster return on investment (ROI).

They’re built with security features such as:

Green data centers use less energy and water than traditional ones. It means they’re more efficient and cost less to operate over time.

A green data center is a building that is designed, built, and operated in a way that reduces its environmental impact. Green data centers can be more efficient than traditional data centers. The most important of these are:

The key difference between green and traditional data centers is their level of automation. Green data centers use less human intervention for day-to-day operations, reducing labor costs and improving efficiency.

Employees who work in a green environment tend to stay with their company longer than those who don’t have access to eco-friendly facilities, according to research from the U.S Department of Energy’s Lawrence Berkeley National Laboratory (LBNL).

Let’s Wrap This Up

Due to this trend, many large companies have expanded their businesses into Indonesia. However, they must be aware of their environmental responsibilities and ensure that they work within the sustainable limits of the country.

More green data centers need to be built in Indonesia to handle the growing digital commerce market and ensure they are environmentally friendly!