Indonesia is the Biggest Prospect for Data Center Investment 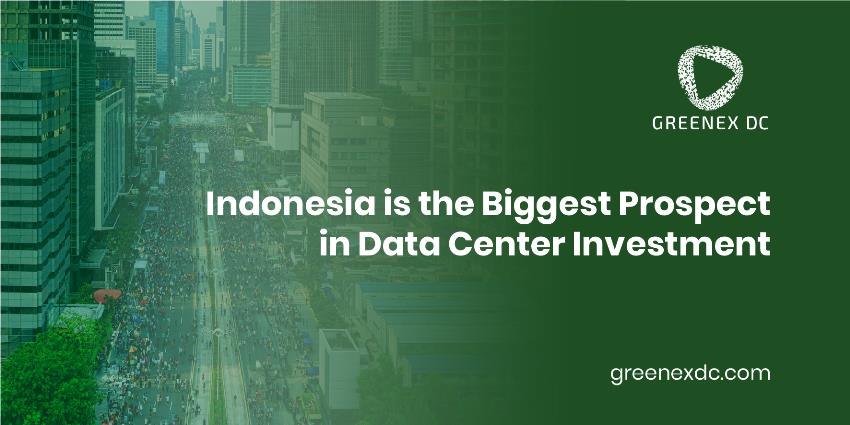 According to a recent report by the World Bank, Indonesia is the biggest prospect in data center investment. The report cites the country’s large population, growing economy, and modern infrastructure. This is an opportunity for businesses that need to establish data centers outside their home countries because of differences in internet connectivity and security issues.

Today’s internet users are demanding faster connection speeds and greater transfer capacity. These needs are putting a strain on existing data centers, resulting in new cost-cutting pressures. The movement of workloads to the cloud has also led to a shift in demand for colocation facilities. Colocation providers have responded by building new facilities that can house additional servers and provide space for future expansion.

Data centers will see increasing demand over the coming years as more companies take their business online and upgrade their infrastructure. For example, by 2022, China will account for nearly half of all data center infrastructure spending worldwide. In addition, many companies have been moving towards cloud computing as it allows them to scale up or down depending on current needs at a lower cost than maintaining servers on-site.

Indonesia is one of the most populated countries in the world, with a population of over 250 million. It also has a high Gross Domestic Product growth rate, improving infrastructure, and expanding Internet penetration.

Since its economic growth is driven by foreign investment, Indonesia’s economy is on track for continuous growth. In addition, Indonesia’s government has also been actively pushing for infrastructure development and creating an environment that encourages foreign investors and expatriates to live there.

The country also boasts of having a highly skilled labor force, making it even more appealing for businesses searching for a workforce.

With an unprecedented government push to connect its citizens to the Internet and a skyrocketing middle class, Indonesia is the biggest prospect in data center investment. The lack of data centers makes the country a prime location for those looking to build or expand their facility, especially as Indonesia’s growing economy is fueling its thirst for more bandwidth.

Its capital, Jakarta, is working on plans to build 25 data centers over the next ten years. The city has already approved six new centers with a combined capacity of 4 million square feet within its borders, and many more are planned for the suburbs.

The reason: Jakarta is growing at an extraordinary pace, at a rate of 6% per year, which is leading to a deficit of office space, as well as power and telecommunications infrastructure. Although there are several countries with more robust absolute GDP growth than Indonesia, none are experiencing more rapid population growth—and for investors, it’s population growth that matters when it comes to demand for data center space.

Indonesia’s unique position in the world makes it a desirable location for data center investment. Its position on the Pacific Rim, bordering Asia and Australia and islands in Oceania, is a natural choice for companies with a global customer base. The same can be said of its location on the Indian Ocean, where it’s well-positioned as a bridge between East and West.

But its growing IT infrastructure makes Indonesia stand out from other emerging markets. Its telecommunications infrastructure is undergoing a significant expansion to accommodate an increasingly connected population through smartphones and tablets.

The rise of mobile computing has created an enormous market for cloud computing services like hosting and cloud storage, which requires robust data centers to do their work effectively.

Data centers in Indonesia provide critical support for this burgeoning sector and eye-catching opportunities for investors with vision. The data center market in Indonesia has traditionally been dominated by U.S.-based companies such as Google Inc., Azure, and AWS, which operates one of the region’s largest facilities at its headquarters in Jakarta.

However, according to a recent report by Pyramid Research, local firms are also beginning to invest heavily in data center infrastructure at both the wholesale and retail levels.

Indonesia is a good alternative for data center investment.

Indonesia boasts an impressive 7% GDP growth rate, making it one of the best-performing economies in Southeast Asia. It is projected to grow even faster over the next five years.

This economic growth promises to accelerate as the country invests more in infrastructure, including airports and roads. The improved infrastructure will make Indonesia more attractive as a data center destination.

Indonesia’s location is also advantageous for hosting data centers. In addition, Indonesia has several characteristics that make it a desirable market for data centers.

The government is working to improve and expand its current infrastructure through several initiatives, including the Digital Economy Bill, allowing foreign companies to own up to 49% of local infrastructure projects.

This expansive growth within a growing IT sector and easy accessibility make Indonesia an excellent option when considering an investment in data center infrastructure.

Indonesia is one of the fastest-growing data center markets

Indonesia is the fastest-growing economy in Southeast Asia, and it’s on track to be the fifth largest by 2020. The country has a young population that is well-educated and tech-savvy, with more than half of its population under the age of 30.

The Internet is already a massive part of Indonesia’s culture—more than 200 million Indonesians are online, and the country is one of Facebook’s top ten markets.

Indonesia also ranks first in Google’s most recent list of countries with high Internet penetration and fastest average connection speeds: 49 percent of Internet users are accessing the web at an average speed of 7.5 Mbps.

This growth, paired with Indonesia’s status as a leader in outsourcing, makes it an ideal investment opportunity for data center companies like Digital Realty, which recently announced plans to build a $240 million data center campus in Jakarta.

Indonesia has a large population and a fast-growing economy

The government is investing heavily in data centers to support online activities like e-commerce and social media. Indonesia’s proximity to neighboring countries with high internet penetration, such as Singapore, Malaysia, and Thailand, makes it a key location for regional data center providers.

With a population of 252 million and a GDP growth rate of 5.1 percent, the country is set to become an economic powerhouse in Southeast Asia. While the growth rate has slowed down in recent years, it is still much faster than the majority of its neighbors in the region.

Indonesia is a growing economy with relatively low costs.

In countries of similar economic standing, data centers are still prohibitively expensive to build and maintain. But in Indonesia, running costs are significantly lower than the average cost of other locations due to lower requirements for temperature control and electricity supply (both readily available at a meager cost) and fewer labor requirements to manage the facility.

The low cost of doing business can be attributed to low wages—even compared to other Asian countries—and the generally low cost of living.

For example, the average wage for IT workers in Indonesia is around USD 750 per month. Compared to wages in Singapore and Malaysia, which are, on average, USD 1,500 to USD 2,000 per month, it is clear that costs are cheap in Indonesia.

In addition to data center electrical energy sources, the cost per 1 kWh in Indonesia is around USD 0.092, whereas the average world electricity cost is USD 0.141 per 1 kWh. This means that the price of electricity in Indonesia is approximately 35% cheaper than the global average (source).

The government’s encouragement to build data centers in Indonesia

As more companies begin to see Indonesia as a viable option for their cloud computing and infrastructure needs. The government is also creating incentives to pave the way for this growth, like providing tax exemptions for foreign companies that invest in high-tech business ventures and relaxing restrictions on foreign capital.

The government is also creating incentives to pave the way for this growth, like providing tax exemptions for foreign companies that invest in high-tech business ventures and relaxing restrictions on foreign capital.

Indonesia’s government is also working to make foreign investment in the country easier to attract new companies and investors to build new data centers and other technology-related infrastructure.

Time to take Data Center Investment throughout the region

The country’s workforce is growing at an average of 2 percent per year, and the government has set a goal of 7 percent annual growth for its economy (which it expects will happen once the infrastructure is improved). This means that Indonesia is experiencing an increase in consumer spending, which is where data center investments come into play.

There are also plans to build more data centers in Indonesia, which will open up opportunities for data center providers such as AWS and Microsoft Azure to expand their footprint in the country. The demand for such infrastructure will be driven by the digital transformation initiatives being implemented by Indonesian companies.

Indonesia is a growing economy with a relatively low cost of labor, high population density, and a large IT market. It is an attractive investment option for the data center industry.