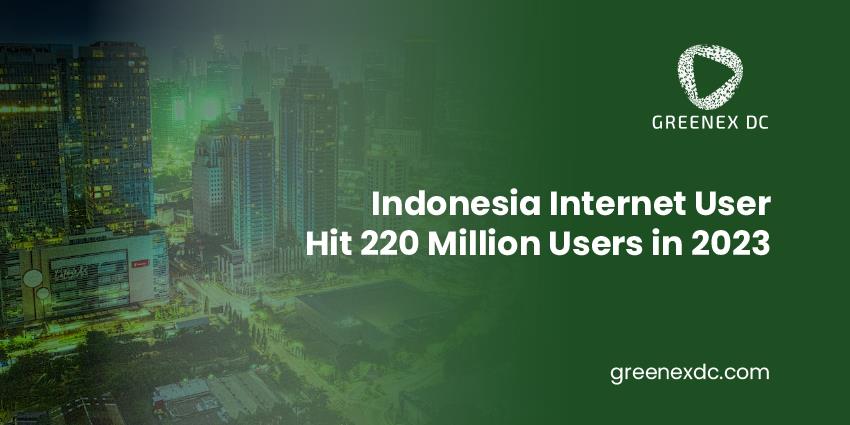 The number of internet users in Indonesia, the fourth most populated country in the world, will reach 220 million in 2023. The increase is due to improved infrastructure and digital transformations across all aspects.

In terms of gender use, males have higher internet usage than females. Internet users in Indonesia are also quite active on social media, with 87% using at least one social networking site and 32% have more than three accounts. Regarding shopping, most (58%) shop at least weekly online, and 31% frequently shop using their mobile device.

Online marketplaces in Indonesia have grown to meet customers’ needs.

There are two big players in the marketplace in Indonesia, namely Shopee and Tokopedia. According to the databox, as many as 157 million internet users in Indonesia regularly access Tokopedia, and 132 million users access Shopee.

The two marketplaces compete fiercely, but Tokopedia has a more supportive ecosystem for their marketplace activities, such as Tokopedia joining Gojek or GoTo for short.

The online learning market in Indonesia is growing thanks to government support rapidly. The program is called “Pre-Employment,” which offers to learn for people of ready-to-work age. Within this government program is many edu-tech companies enjoying 10 million users.

During the pandemic, school students in Indonesia also learned online, which could change their behavior in using the internet in the future. The e-learning industry in Indonesia has a market of around USD 45 million per year, with a CAGR of about 9% per year.

Internet users in Indonesia are growing. People are starting to have more access to connections with other people. In addition, the growth of internet users is also increasing online game users. The online games growth in Indonesia is a big market for companies. So, many game companies from different countries are trying to enter this growing market by creating the new online game.

Indonesians are primarily active on Tiktok, Instagram, WhatsApp, and Youtube. Here is some fact about Indonesian internet users’ behavior regarding social media and entertainment.

The data from eMarketer states that the average time spent by Indonesian citizens on their phones is about 6 hours a day, which makes the country rank 3rd in terms of mobile media usage.

The pandemic has changed the way people in Indonesia work. Previously, business customs in Indonesia had to hold meetings in the office to discuss important matters or when they were about to start a business with other parties. Currently, this behavior has changed by using virtual meet.

Virtual meet platforms are widely available in Indonesia, but the most commonly used are Zoom and Google Meet. This method has increased efficiency and productivity in Indonesia, where one no longer needs to experience traffic jams on the streets, like in Jakarta, where it can take 1 hour to attend a meeting.

Productivity tools such as Google Workspace, Trello, Pipe Drive, and CRM tools are also increasingly being used by businesses and professionals in Indonesia. These tools have increased even though the pandemic phase has been declared complete by the government.

Most active users will come from the millennial generation.

If you’re looking to learn more about internet users in Indonesia, there’s one group you should pay close attention to the millennial generation. They make up the largest share of internet users and will likely be your most active customers.

The millennial generation is defined as those born between 1980 and 2000 and makeup 32% of internet users in Indonesia. It’s worth noting that this age range has been given many different names depending on where you live—Generation Y, the Echo Boomers, and the 13th Generation are all used interchangeably to refer to this exact demographic.

Many companies have targeted this specific group of people because they’re a highly educated bunch with a lot of buying power. Unlike boomers, millennials tend to save their money in the stock market rather than banks.

The internet economy is growing in Indonesia.

Revenue from ride-hailing companies such as GoJek and Grab has also increased by USD 5 million per year. That’s the SME business that sells food on its platform.

Indonesia’s e-wallet market is expected to grow at a CAGR of 11.6% during the forecast period. This growth can be attributed to the rising popularity of e-wallets as a payment mode for online purchases and peer-to-peer (P2P) money transfers.

How to tap into this market for your business?

The Internet user base in Indonesia will continue to thrive through 2024, with the number of Internet users estimated to reach 243 million.

How can your business tap into this lucrative market? Here are some ways:

The opportunities are wider than selling products alone. Content marketing can be an excellent way for brands to reach customers and establish credibility. Digital marketing also opens up new possibilities for advertising campaigns previously unavailable to offline businesses.

In essence, by presenting new features that are useful and make it easy for many people in Indonesia, you will be successful in gathering hundreds of millions of internet users in Indonesia.

What does it mean for the data center industry?

By the end of 2023, Indonesia will have about 220 million internet users. This means a significant increase in internet traffic for data centers in the country. Indonesian consumers are expected to spend more time on social media and video streaming platforms, and increased demand for social media will increase data usage. The growing number of mobile devices and smartphones will also contribute to a surge in data usage.

This is good news for the data center industry because more internet users mean more demand for hosting services. The number of online businesses will increase dramatically, and there will be more content to deliver to consumers across the globe. More data centers are expected to be built across Indonesia and other Asian countries such as India and China.

To keep up with Indonesia’s demand for connectivity, data center operators need to be on top of these trends. They’ll need to keep building the infrastructure that can support all of these new connections and want to ensure they’re building it in locations that make sense for the local population.

They’ll also need to meet the needs of their clients—most Indonesians are less concerned with privacy protections than their counterparts in the West, so if your customers want it all, you’ll want to provide them with whatever content they want whenever they want it.

Indonesia’s digital economy is also increasing along with the e-commerce market and other digital sectors such as ride-hailing, online games, e-learning, and others. The cloud hosting industry has also experienced an increasing demand in Indonesia.

The Indonesian government has also taken steps to support the growth of this market by introducing various measures over the past few years. The government also plans to build more telecommunication towers in remote areas so that all Indonesian citizens can access the internet.

The data center industry in Indonesia has a bright future, which is proven by the increasing number of data center companies listed on the stock exchange. GreenexDC intends to power digital transformation in Indonesia in a way that is more efficient and environmentally friendly.