Indonesia will be a Global Leader in Green Data Center 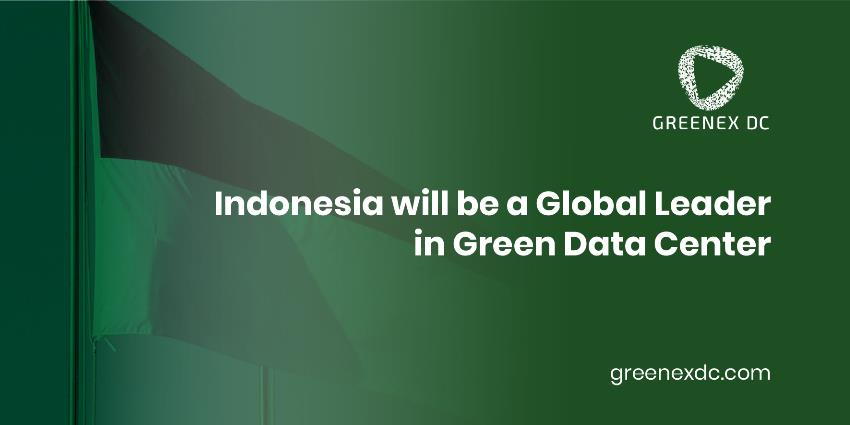 Indonesia is prepared to be a global leader in green data center industry. With its massive natural resources and significant investments, the country is set to become one of the largest solar energy users.

The news has come from a recent announcement from the country’s Ministry of Energy and Mineral Resources.

Indonesia will be a Global Leader in Green Data Center

Indonesia is often overlooked regarding technology, but this is a huge mistake. Indonesia has the perfect mix of population density and government support needed to become a global leader in green data center design and implementation.

Indonesia’s climate and geographic location allow for highly efficient cloud computing infrastructure. The country’s population is concentrated in an area with few natural disasters or other catastrophes that would disrupt the flow of information. In short, Indonesia is poised to become a leader in green data centers, which use 50% less power than traditional data centers and generate almost no waste.

The state-owned company P.T. Perusahaan Listrik Negara (PLN) has recently announced that it will spend US$1 billion over the next three years to build new plants using clean energy—a significant amount.

This would make Indonesia one of the countries with the highest proportion of power generated by renewables in the world.

This also has a lot to do with the country’s position in Southeast Asia: it is rich in natural resources, including coal and oil, but most of its people still live without electricity. Currently, only around 60 percent of Indonesians have access to electricity, but PLN hopes to offer clean energy could change that—and they’re willing to invest heavily into making it happen.

The world is on the verge of a data explosion.

The world today is on the verge of a data explosion. I mean it. Experts estimate that by 2020, 90% of the data in the world today will have been created in just the past two years alone.

The amount of data being generated every day is so tremendous. Those people would stretch back for 2 million years, but if you put all that data on flash drives, they would fill up only half of the time it took for those people to have lived.

And this isn’t even taking into account the expected rise in 4G and 5G networks over the next decade—the exponential increase in bandwidth associated with these new technologies will result in even more data being generated daily.

For many years, companies have been moving their services to the cloud. Today, it’s almost impossible to imagine a world without data centers. With more and more devices on the market today, from cars to refrigerators and even light bulbs, we are generating enormous amounts of data. According to IDC, 44 zettabytes of digital information will be created in 2020.

This explosion of data puts pressure on our existing data center infrastructure. The power consumption of data centers is already a significant problem in the U.S., where the sector accounts for about 2% of total electricity consumption. As green energy becomes more important for all industries, data centers also need to embrace renewable energy.

The need for renewable energy is especially relevant in Indonesia, one of the most populated countries in Southeast Asia, with over 250 million people. Indonesia could become a global leader in green data center.

The country’s enormous potential market is driving investment from foreign players like Google and Microsoft, who have already committed significant amounts of capital to develop facilities in Indonesia. The government’s commitment to increasing access to information technology and supporting green technologies makes Indonesia an attractive investment destination.

As a member of the Trans-Pacific Partnership, Indonesia is also expected to benefit from open trade policies that will help strengthen its economy as it becomes more integrated into the global marketplace through enhanced international trade.

Even as the rest of the world transitions to cloud computing, green data center facilities in the Asia Pacific are becoming a must-have for businesses. China, Japan, and South Korea have been at the forefront of establishing such facilities, with each country’s government providing financial and logistical support. Indonesia is looking to catch up by leveraging its large and growing market.

Regarding I.T. infrastructure, Indonesia also has a great demand for data centers which are expected to reach 200 Megawatts (M.W.) by 2023. Indonesia is home to one of the region’s largest markets for data centers, and it has the potential to become one of the leading countries in this field.

Several giant data centers, such as Google, Amazon, and Azure, have been in Indonesia since 2021. Around 10 data centers will be present in Indonesia from 2022 to 2027 (Mordor Intelligence).

Data center investment in Indonesia is booming. Like DCI, whose share price has skyrocketed three times since its initial issuance. Venture capital cannot linger to gather confidence in investing in data centers in Indonesia, especially for Indonesia’s Green Data Centers.

Green data center investment in Indonesia should get more priority regarding sustainability. In addition, using natural gas as a generator in data centers, supported by the Indonesian government, can reduce data center carbon emissions by up to 50%.

For renewable energy, there are still things that need to be solved by the government. However, rest assured that global warming will encourage the Indonesian government to make more environmentally friendly policies.

By encouraging the use of renewable energy, Indonesia is not only fighting climate change but also making significant progress towards being a world leader in I.T. infrastructure for businesses. The country’s I.T. market is the largest in South East Asia, but there are many more opportunities for growth, both as a consumer market and as a producer of I.T. products and services.

Green data center investment is becoming essential to survival in this increasingly competitive business environment. They offer excellent stability and efficiency and appeal to buyers and end consumers who are increasingly aware of the importance of taking steps to combat climate change.

Indonesia’s current level of green data center investment may be only fractional compared to other countries around the world, but it is already considered one of the most promising markets on earth because it has all the right ingredients:

Companies such as Google, Microsoft, and Amazon are working with Indonesian authorities to pave the way for greener data centers to help power these businesses’ expansion in Southeast Asia.

As the demand for green data centers increases, many countries are racing to build their first eco-conscious centers. It’s no secret that the U.S. and Western Europe are among the most prominent proponents of greener technology, but recent news suggests that Indonesia will soon be leading this revolution in green data centers.

The design and construction of modern data centers must account for sustainability in both environmental and economic terms. The location of the facility should be carefully considered to reduce energy costs while also considering specific regional markets. Indonesia’s central location makes it an ideal hub for Asian cloud traffic. Its low cost of electricity and available workforce can help attract major tech companies looking to build green data centers in the region.

Meanwhile, in Western Europe, gas price increases were extreme. In the past year, gas prices in Europe have increased fivefold, which has affected data center operational costs in western Europe.

Many companies using data centers need disaster recovery centers, either independently or as a standard or compliance requirement. With the increasing energy cost in the northern U.S. and Western Europe, the cost of disaster recovery has also increased drastically.

Data centers in Indonesia have the opportunity to provide solutions for this market segment. However, data center users in North America and Western Europe are accustomed to using green data centers in addition to guaranteed uptime and ease of failover and failback.

The Asia Pacific is one of the fastest-growing data center development regions. Indonesia is a global leader in green data center construction with its attractive business climate and welcoming investment opportunities.

Indonesia is one of those countries with a bright future. They have already begun creating green data centers that can help improve the way businesses and individuals use energy. This is a great step forward in building more sustainable societies worldwide.

Green data centers are just one area where Indonesia will be known worldwide as an expert leader in helping industries become greener and more efficient. Indonesia is prepared to be a global green data center industry leader. Its infrastructure, workforce, and government policies already support this purpose.

For this reason, Greenex Data Center is preparing solutions for data center users in North U.S. and Western Europe. Our data center is located in Jakarta, with an estimate to start operating at the end of 2023.