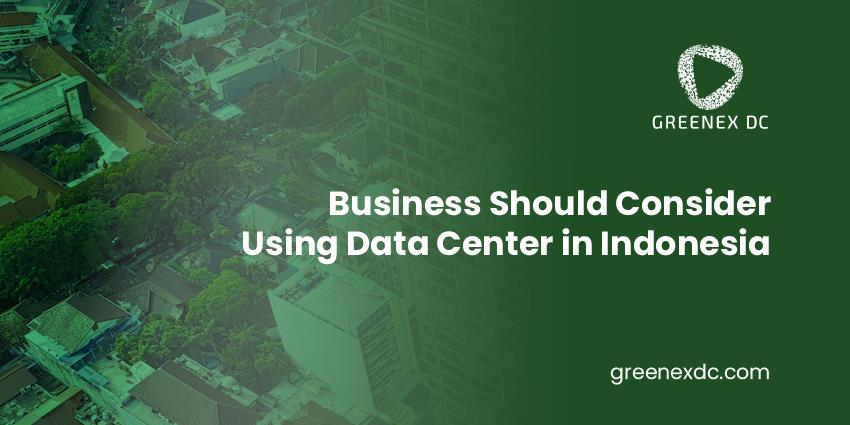 If you are planning to start your business and want to expand the business overseas, the company needs to consider using a data center in Indonesia. The reason is that Indonesia has a strategic location in the heart of South East Asia with a vast population eager to buy things from outside their country.

The influx of capital from Europe has helped facilitate construction projects and data center infrastructures throughout the country.

With the availability of advanced technology and lower operating costs than in the EU, data centers in Indonesia are becoming a favored option for those looking to expand their operations abroad. This has led to increased demand for more data centers throughout the country.

Data centers based in Indonesia are rapidly gaining popularity among European businesses, especially after the recent success of large European companies such as Nike, BMW, and Intel, which recently established data centers here.

The region has seen an 80% increase in data centers over the last year alone. Besides having more power options than in other areas, these countries also have much cheaper labor than Europe. The abundant land and talent available make setting up and running these centers easier, leading to money savings for European businesses.

As we all know, Europe is facing an energy crisis. The price of colocation has increased by over 20 percent in Europe due to the Ukraine-Russia war. The political situation has caused a gas price spike in several European countries, which has led to an increase in the price of colocation.

Colocation is renting space in a data center, where companies rent server space and bandwidth from data center owners. As a result of the gas price spike, some data centers are forced to close down portions of their business, while others have been forced to raise their prices for both new and old customers.

However, because there are only so many data centers, some companies need more room in these facilities. Even those who could reserve space before the gas price spike may face higher costs due to the need for additional electricity or cooling systems for their new servers. As an alternative, some companies have relocated their data center to Indonesia.

The data center industry in Indonesia is growing at an extremely fast pace. Relocating data centers to Indonesia will help European companies cut costs and increase the level of service they offer.

The Needs of a Disaster Recovery Center

Disaster recovery centers are equipped with the latest technology that allows them to meet the needs of their business clients. These requirements include:

Even with its unique requirements, a disaster recovery center still needs all of the essential elements that most data centers provide. Dependable power and cooling systems are crucial if you want your equipment to run at peak performance around the clock.

Redundant networking capabilities ensure that your hardware can always connect to reliable internet services in case one link fails. Security is critical to protect your hardware from tampering and natural disasters like floods.

Analyzing an industry’s business continuity needs requires first understanding the specific compliance requirements that must be met. In the case of a disaster recovery (DR) center, this means getting to know the Payment Card Industry Data Security Standard or PCI DSS.

To ensure that a DR center meets PCI compliance standards, it must have a dedicated management system and process. The management system must have the ability to create and maintain a secure environment, as well as generate reports on security incidents and breaches.

The Benefits of Using Data Centers in Indonesia

Indonesia also boasts excellent connectivity thanks to its strategic location on major international shipping and air routes between Australia, China, and India. Using data centers in Indonesia for European companies is very important for the business.

When you decide to outsource your data centers to Indonesia, there are several benefits you can enjoy:

There are many more benefits that you will get when using a data center in Indonesia. It would be best if you made a quick decision to survive the European crisis before it has a fatal impact on your business.

Southeast Asia is home to a growing number of data center providers and hosting facilities that can meet the needs of European companies looking for a cost-effective solution for their cloud infrastructure. Indonesia is becoming an increasingly attractive location for data center firms, as it has the infrastructure, skilled labor, and political stability needed to accommodate the large data centers run by international firms.

The future of Indonesia’s economic growth is promising. According to the World Bank, Indonesia has one of the most rapidly growing economies in the world, with annual growth rates of around 5%. This country is also known for its high-quality human resources, as well as its robust educational system and solid workforce skills. In addition, many businesses are moving their operations to Indonesia as they look for cheaper alternatives to traditional data centers in other countries.

The world has been gradually shifting to a digital economy for some time. The volume of data that is being generated and stored is ever-increasing. A significant chunk of the data centers is located in Europe. However, keeping all the data centers there is not economically feasible.

Indonesia is an emerging market with massive investment potential and offers attractive tax incentives for investments in certain areas. It also has relatively cheap labor compared to European countries, which makes it a good outsourcing destination. It would be beneficial for any European company to relocate its data centers to Indonesia and save money on operational costs in the long term.

Data centers in Indonesia offer a cost-effective, reliable solution for many European companies that want to reduce the costs of running their data center. Their network infrastructure is more developed than in other Asian countries, keeping your company’s connection to the rest of the world fast and secure. Indonesia has also aggressively pursued a green agenda and has some of the world’s eco-friendly climate control systems.

The cost of labor and utilities is considerably lower in Indonesia than in many European countries; wages are about a fourth of what they are in Germany and France, for example, and electricity is less than half as expensive. These savings can be put toward the high initial cost of building a data center or used to improve the quality of service by hiring more experienced workers and investing in better equipment.

More importantly, though, these savings are passed on to customers—many companies that have already shifted their servers to Indonesia report significant decreases in operating costs which they then put toward expanding their business.